My old site had a link to my 80 gallon saltwater reef tank. It had graphs of temperature, pH and ORP, status of lighting, and a small webcam that updated every 15 seconds or so. This was circa 2002. I've long since shut down that tank, moved several times, and finally I own my own house. I'm in the process of finishing the basement and adding a new 240 gallon dream tank, custom built into the wall. I'll document a bit of the process here! 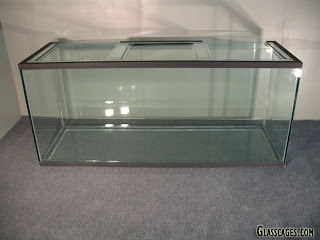 My old tank was 48" long, 18" deep and 24" tall. Each dimension was CLOSE, but not quite what I wanted. So this time around I went with the largest dimensions I could realistically want and also importantly, FIT into my little basement. The new tank is 72" long, 24" deep, and 31" tall. And just barely fit into the basement.

As I was redoing the basement, I realized "Wow, this is where the tank should go!" Up until then, I'd planned to tank over a substantial part of the dining room above, reinforce the floor, run additional power, etc. But the basement was a blank slate, already reinforced (it's concrete!) and was all found space, so no stealing living area from the other inhabitants of the house.

So I immediately tore out the studs I'd begun adding for the wall between the playroom and the storage room, and began to design and construct a built-in stand: 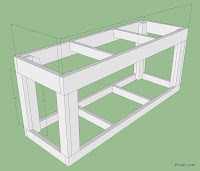 As you can see, it's built from 2x4 dimensional lumber except for the top, which is 2x8... And it is massively overbuilt. A single 24" 2x4 can handle about 19,000 pounds (assuming you can prevent it from moving sideways). I have eight 2x4s in compression, and the entire stand is wrapped in 1/2" plywood to give lateral stability. In reality, the plywood is the real structure of the stand, going without it would be very dangerous. I still have some concerns about the 72" unsupported span on the back, for sump access. Time will tell if I've made a miscalculation. The top of the stand is 3/4" plywood, with a 6" ledge around the sides and back so I can kneel or stand to access the tank from above.

Here's the hole in the wall, drywalled (but not yet spackled or painted) and ready to receive the tank: 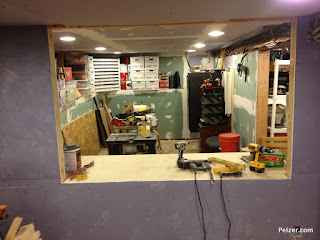 Moving the tank into place turned out to be... Challenging. I had three guys helping me, but the total weight of the tank was well over 400 pounds, and the thing is delicate and unwieldy. We could not lift the tank outright, but we could lift an end of it at a time, so we could lower the back out of the car, then lower the front. I'd tacked carpet onto sheets of OSB to make sleds, and those proved to be our salvation. We were able to get the tank from the one in the car onto one on the driveway, then walk that sheet over to the side door of the house, then put the one from the car as a ramp into the door, etc. It was quite a process. 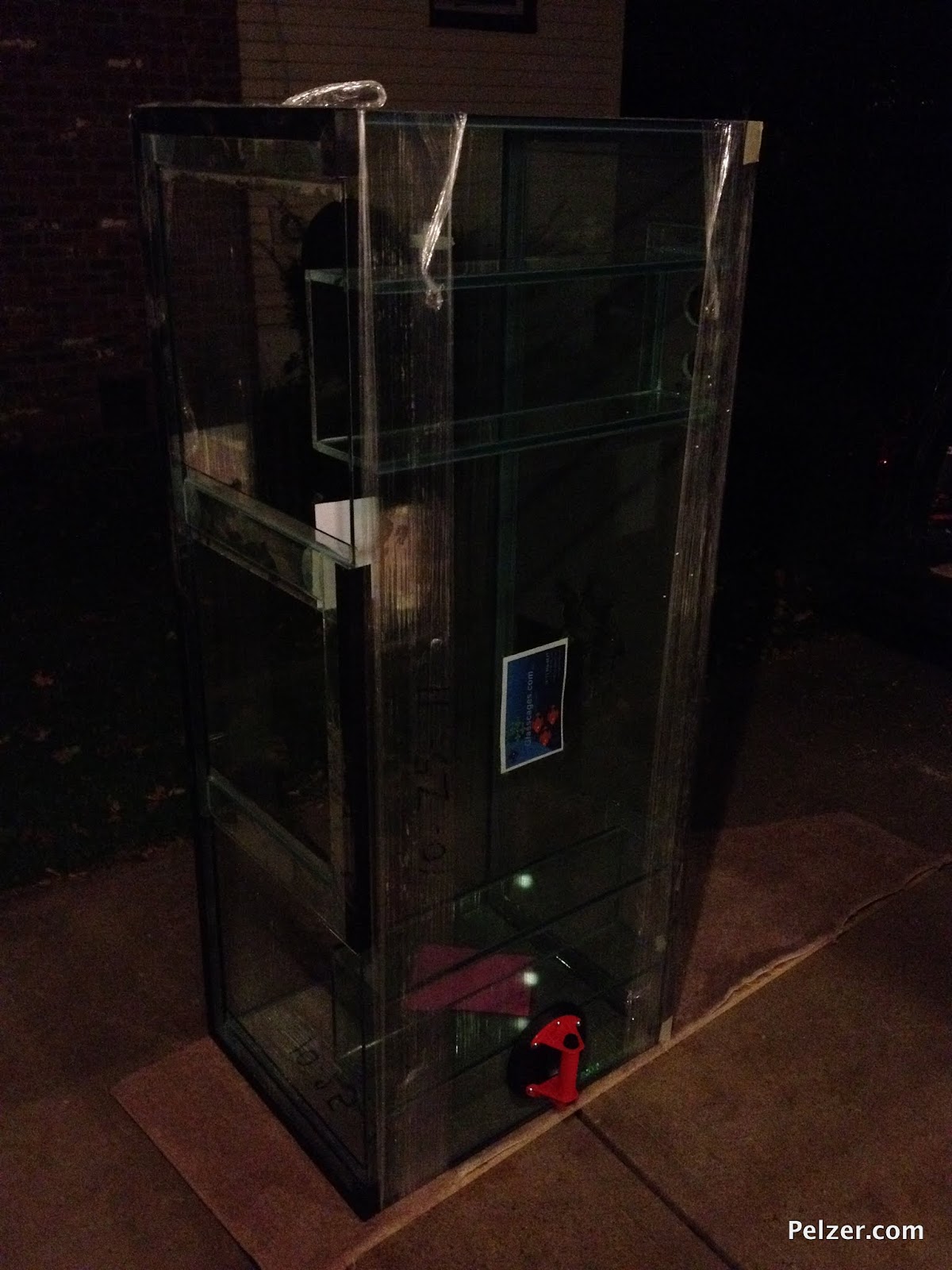 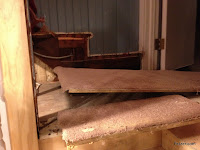 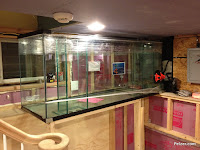 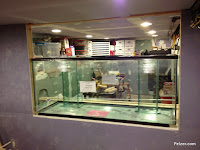 In that second (top right) image, you can see the carpet ramp and the painted/unpainted shadows of the two steps I had to remove from the basement stairs to allow the tank to enter the building. Prior to ordering the tank I'd made a mockup with the same dimensions, and moved it from outside to inside, and dimensionally, it worked. However, I did not take the weight into account, and it wasn't possible to move the tank through the same motions when the real day came. Live and learn there. The third image (bottom left) is the tank sitting half on the ledge of the foundation wall, half on a 2x4 brace I'd made for just this purpose, as a staging step prior to the last push, getting the tank onto the stand (last picture).

I've since replaced the steps, here they are a day or two later: 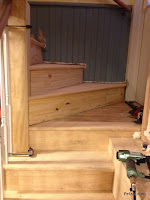 Once the tank was physically in place, I began building the wall above the tank. I didn't want the wall to impede the lighting entering the tank, so I built the bottom of the wall at an angle, shown below in various stages of being built and drywalled: 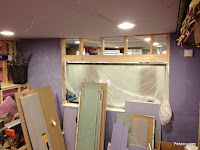 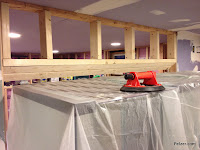 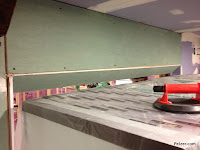 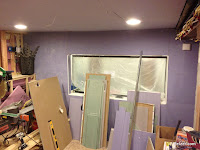 Finishing the drywall was a massive pain in the butt, because there was a giant fish tank in the way! But it came along bit by bit, and finally came out ok! 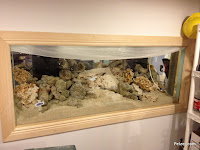 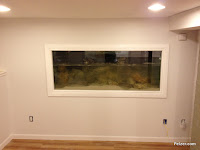